Now reading: What a bomber
PrevNext

Probably the most famous person that wore a bomber jacket was the enigmatic James Dean. He nailed it in Rebel Without A Cause and the 50’s influence in 80’s fashion, saw many of my skinhead and Mod contemporaries don one. Salt ‘n’ Pepa came along a few years later and made theirs contemporary and in the spirit of the era, customised theirs for the Push It Video (must be played at full volume.)

Sadly, the most recent revival of 80’s clothing didn’t tip a nod to the post-war era and only the garish came back to haunt us, thankfully this happened in women’s fashion most aggressively. And more sadly, Kanye West is credited with their current revival.

The bomber jacket was invented originally to keep – yes – you guessed it, bomber fighter plane pilots warm in their poorly insulated aircraft. No Tesla style seals in those days m’lad. They were either navy or khaki and could be worn reversibly with a bright orange lining for when flying, to be visible in case they were shot down. They have evolved over the years with technological advances in fabrics and zippers but still do the job of looking cool whilst keeping you dry and toastie.

The bomber jacket of today harks back to the original rebel and are smart but worn in a nonchalant way. The Italians have a word for it ‘sprezzatura’ which just sounds cool doesn’t it? It’s that trying not to look like you’ve spent hours getting ready for a date when you have, that kind of casual interest in your surroundings, that ‘take me as I am’ vibe.

In a dark navy or stone (no luminous lining though) our versions are lightweight and are made from a waterproof fabric, have front pockets and a metal, two-way zip with leather detailing which elevates them from the surplus store variety. 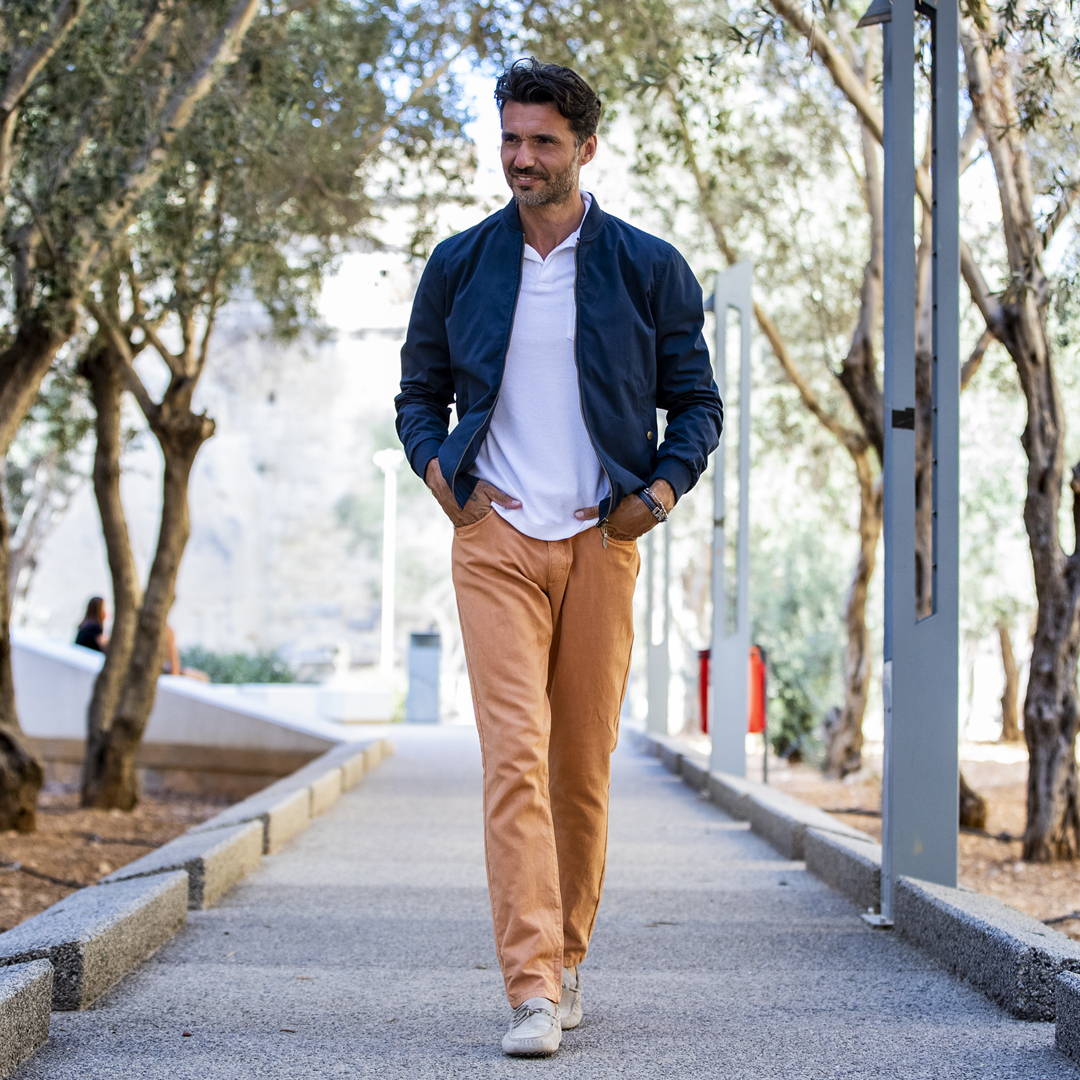 Wear with a polo shirt or sweater and smart or casual trousers or even Bermuda shorts. It’s a perfect trans-seasonal jacket that can take you from desk or deck to casual dinner.

Dress up and button down

Been through the mill already?